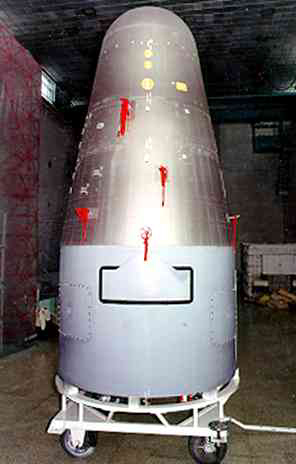 The Jianbing 1B (FSW-2) project was initiated in 1988, with the aim of introducing a new generation of recoverable imaging satellites capable of acquiring Earth imagery with higher resolution than that of the first-generation Jianbing 1 (FSW-0). The development of the Jianbing 1B began in 1988 under the direction of Wang Daheng. However, the project made little progress until 1990, when the military demanded that the satellite to be ready for launch no later than April 1992.

On 11 February 1991, the Commission of Science, Technology and Industry for National Defence (COSTIND) issued the official development requirements for the Jianbing 1B to the Ministry of Astronautics, and the task for the design and development of the satellite was assigned to China Academy of Space Technology (CAST).

The Jianbing 1B featured a number of improvements in design and onboard systems over its predecessors. Compared with the Jianbing 1A, the 1B model had a 43% increase in mass and 20% increase in internal volume in its re-entry capsule. The mission duration was increased from 8 days to 16 days.

The satellite was equipped with an improved three-axis stabilised altitude control system, featuring a flight control computer with dual redundancies and improved infrared Earth horizon sensors for higher accuracy. The satellite was also fitted with yaw and pitch thrusters for in-orbit adjustment after orbital insertion and before retro-fire burn, which helped improve the accuracy of its recovery trajectory.

The Jianbing 1B carried a direct-scan type panorama camera, enabling it higher observation resolution and swath. This new camera, coupled with longer mission duration and increased recoverable load for films, had increased the amount of images captured during a single mission by several folds.

The satellite’s mission management system consisted of two separate multi-CPU mission computers, which could operate either separately or as each other’s redundancy. This architecture provided increased flexibility and reliability for the onboard mission loads. The new communication system used encrypted digital transmission for increased security. The telemetry system replaced its magnetic data storages with digital memories.

The re-entry capsule underwent water pressure test in early 1990, which validated the capsule’s design and also provide references for the subsequent design and development. A mock-up satellite was delivered to Jiuquan Satellite Launch Centre in July 1991 for integration test with the ground checkout equipment and launch vehicle. The ground simulation of module separation was carried out in July to August 1991. The vibration and impact stand tests were carried out from December 1990 to January 1991. The electromagnetic compatibility test between the satellite and the launch vehicle was carried out in April 1991.

The satellite completed its electric test and thermal vacuum chamber test in late 1991, paving the way for its design finalisation. The first flying satellite (FSW-2-1) was produced in June 1992 and was delivered to the launch site on 19 June 1992. The satellite was successfully launched atop a Long March 2D (CZ-2D) launch vehicle on 9 August 1992.

After a 16-day mission, the satellite was successfully recovered on 25 August 1992. Despite some minor glitches including a malfunction in the pitch/yaw thrusters and a film jam shortly before the end of the mission, the first Jianbing 1B mission was declared a success. The quality of the Earth imagery obtained by the satellite was better than expected.

The evaluation of the FSW-2-1 mission took place on 27 December 1992 in Beijing. The military and the Ministry of Astronautics concluded that the performance of the Jianbing 1B had met / exceeded the design and technical requirements, and marked a new milestone in China’s orbital imaging capability.

The FSW-2-2 mission in 1996 broke a number of records in the history of the FSW programme, including the heaviest Earth-observation package (130 kg) and the heaviest secondary mission load (264.9 kg). The mission also tested for the first time the use of GPS signals to help improve altitude control accuracy and a Lithium-ion battery for onboard power.