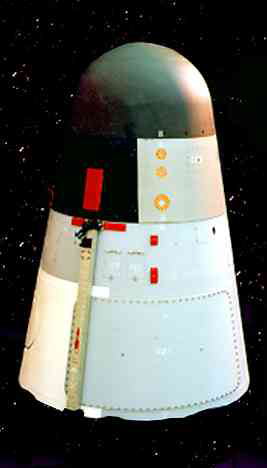 The Jianbing 1A (FSW-1) was the recoverable photogrammetric satellite introduced in the 1980s. To obtain higher-precision images of the Earth, the satellite was equipped with a new scanning-type large-format panorama camera, which replaced the prism-type panorama camera on the Jianbing 1 (FSW-0). The camera was said to be comparable in performance with those found on the foreign-made Earth-observation satellites of the same era.

The development of the Jianbing 1A / FSW-1 began in July 1979 under the direction of Wang Xiji. In November of the same year, the Central Military Commission (CMC) formally approved the request for the development of photogrammetric satellite submitted by the PLA General Staff Department and the National Defence Science & Technology Commission (NDSTC). The development task was assigned to CAST on 22 April 1980. The design concept passed the evaluation in 1981. The prototype development began in December 1982.

In 1983, the Ministry of Astronautics issued the Jianbing 1A design requirements. Min Guirong was appointed the chief designer and Wang Hezhong the chief director. The construction of the flying example of the satellite began in January 1986. The role of the chief designer was taken over by Lin Huabao in December 1989.

The Jianbing 1A/FSW-1 was near identical to the Jianbing 1/FSW-0 in external profile and spaceframe, but with an increased orbital mass of 2,100 kg and improved onboard systems.

The tracking system featured a new uplink channel using binary codes replacing the fixed codes, which allowed the ground control to remotely upload new commands to the satellite on orbit. This enabled the onboard camera to be switched on and off according to the weather conditions in the flightpath to avoid film wastage.

The improved telemetry system featured programmable microchips, allowing both real-time and delayed transmissions of telemetry data. A radar transponder was added to make it easier for the satellite to be detected by the ground stations.

Compared with the prism-type panorama camera on the Jianbing 1/FSW-0, the large-format panorama camera eliminated the distortion in the images, allowing them to be used for mapping and photogrammetry purposes. The celestial guidance camera (start tracker) was also improved with the ability to capture apparent magnitude 7 stars from LEO.

Between 1987 and 1993, a total of five Jianbing-1A/FSW-1 missions were launched, four of which were recovered successfully. The fifth mission (FSW-1-5) launched on 8 October 1993 did not enter the re-entry trajectory due to an altitude control system malfunction. Instead, the satellite entered a highly elliptical orbit (179 km by 3,031 km) and stayed there for two years and six months. It finally de-orbited on 12 March 1996 as a result of natural decay and landed in the Pacific Ocean.